ARTICLE: Can You Take Your Property With You When You Die?

TAKING IT TO THE GRAVE:  In early cultures, it was customary to include considerable property with the corpses of wealthy individuals to provide for the decedent in the next life. Most later cultures have abandoned this practice, in part because it was economically inefficient and cultivated the grave robbing industry. For example, in Meksras Estate, 63 Pa. D & C 2d 371 (Pa. Com. PI. 1974), Eva Meksras wrote a will directing her executor to deposit her diamonds, other jewelry, and other items of value in her casket for burial. Invoking public policy to invalidate the will provision, the court speculated that permitting the burial would be an invitation to grave robbers, who would have access to the will given its status as a public record. The court reasoned that “permitting the deceased to be buried with her jewelry would create a great potential for public harm. A will once probated is public domain. Notice to the world that a grave site possesses treasure is almost certain to tempt some people and incite others to overt action in attempting to procure the same. From the beginning of recorded civilization, man has always honored his dead. The inviolability of our cemeteries is a matter of public concern. If a practice is developed in our State to foster the burying of valuables with a deceased, our cemeteries like the tombs of the Pharoahs will be ravaged and violated. The loved ones of the deceased will experience the horror of the desecration, looting and destruction of burial grounds, heaping indignities on the memory of the dead.”

Meksras is an aberration. In truth, as you will see below, grave robbers have not stopped people from burying their most valued treasures with their remains. 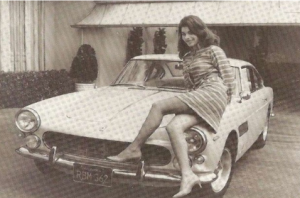 ☻Sandra West, heiress to her deceased husband Ike West’s Texas oil fortune, died from an overdose of prescription drugs on March 10, 1977 in her Beverly Hills home. West, who was described by her physician as “a psychotic with a tendency toward paranoia and hallucination,” had requested in her will that she be dressed in her lace nightgown and buried in one of her three Ferraris “with the seat slanted comfortably”. West’s body and her beloved Ferrari were sent back to Texas, where a huge grave was dug beside her husband in San Antonio’s Alamo Masonic Cemetery. The car was placed inside a large wooden crate, lowered into the ground by a crane, and then covered in concrete.

☻Humphrey Bogart’s cremated remains were joined in their urn by a small gold whistle bearing the inscription “If you want anything, just whistle,” which he had given his widow, Lauren Bacall, years earlier. The line was a reference to their 1944 film, To Have and Have Not, loosely based on an Ernest Hemingway novel, and the first movie to pair the then 43-year-old Bogart and his 19-year-old future wife.

☻John F. Kennedy was a collector of scrimshaw, pieces of whale bone or ivory that were engraved with pictures and designs, most famously by New England whalers. Highlights of his collection were on prominent display in the Oval Office during his presidency. A particular favorite was a 9 1/2-inch-long whale tooth, engraved with the presidential seal by the scrimshaw artist Milton Delano. First Lady Jacqueline Kennedy, who had commissioned the piece, gave it to her husband for Christmas in 1962, the last Christmas he’d live to see. It was buried with him in Arlington National Cemetery. Other items buried with the President include letters from his wife and two children and a pair of gold cufflinks. His brother Robert, who would be assassinated less than five years later, is said to have added a PT-109 tie clip and a silver rosary.

☻Frank Sinatra, the “My Way” singer, was buried his way with a bottle of Jack Daniel’s whiskey, a pack of Camel cigarettes, a Zippo lighter, and a dollar’s worth of dimes. The dimes were reportedly in case he needed to use a pay phone.

☻Tony Curtis shared his coffin with a long list of items, including his Stetson hat, a pair of driving gloves, his grandson’s baby shoes, and the ashes of his dog.

☻Bob Marley, the reggae great, was buried with his red Gibson Les Paul guitar, a Bible, and some marijuana. 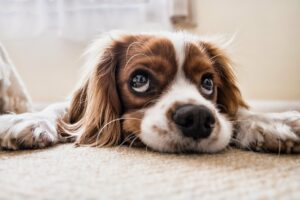 ☻Sheila Stadler killed her healthy five-year-old guide dog so it could be buried alongside her. The guide dog was displayed in her coffin at the funeral viewing.

YOU CAN TAKE IT WITH YOU, BUT CAN YOU KEEP IT?  In Ternant v. Boudreau, 6 Rob. 488 (La.1844),1844 WL 1761 (La. 1844) Madame Ternant was interred with a gold chain, a gold buckle, a pair of diamond earrings, two diamond rings, three golden rings, six small diamonds, and a diamond necklace. The jewelry was stolen from her tomb and later recovered by the police. The decedent’s only heir claimed ownership of the jewels.  The Plaintiff, who had previously purchased the heir’s hereditary rights, sued the heir and claimed ownership of the jewels. The trial court found for the heir and the appellate court reversed. The court held that while the jewelry might have been placed in the tomb by the decedent’s last wishes, it was still corporeal property within the domain of ownership subject to be taken possession of by the rightful owner. As the heir was the rightful owner at the decedent’s death, the sale of his succession rights was a transfer of all his rights to the estate, including the jewelry. Plaintiff’s rights not only included the rights and obligations of the deceased as they existed at the time of her death, but all that has accrued thereto since the opening of her tomb by the grave robbers; therefore, the jewelry belongs to the Plaintiff.

FLORIDA LAW: In Florida, there are no State statutes or rules governing what property you can place inside a casket or urn.  It’s the funeral home’s call based on its own rules and regulations.