Are all discretionary spendthrift trusts, including special needs trusts, subject to the beneficiary’s legal obligation of support and a continuing writ of garnishment on disbursements that are due to be made or which are actually made from the trust?

In Bacardi v. White, 463 So. 2d 218 (Fla. 1985), the parties entered into a marital settlement agreement in which the former husband (“H”) agreed to pay the former wife (“W”) $2000 per month in alimony. Soon after entry of the final judgment, H stopped paying alimony. 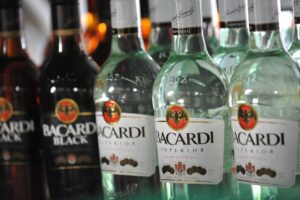 W obtained two judgments for unpaid alimony and a judgment for attorney’s fees and served a writ of garnishment on the trustee of a spendthrift trust created by H’s father for his benefit. Additionally, W obtained a continuing writ of garnishment against the trust income for future alimony payments as they became due. The trustee and the former husband appealed the garnishment order, asserting that the trust could not be garnished for the collection of alimony because it contained a spendthrift provision. The issue on appeal was whether disbursements from spendthrift trusts can be garnished to satisfy court ordered alimony and attorney’s fee payments before such disbursements reach the debtor-beneficiary. The court held that: (a) the continuing aspect of garnishment orders may be sustained in lieu of ne exeat as necessary to secure payment of alimony; (b) a continuing garnishment against a spendthrift trust in lieu of ne exeat is also a “last resort” remedy that is available only when the traditional methods of enforcing alimony arrearages are not effective; (c) the right of garnishment is limited to disbursements that are due to be made or which are actually made from the trust; (d) if disbursements are wholly within the trustee’s discretion, the court may not order the trustee to make such disbursements. However, if the trustee exercises its discretion and makes a disbursement, that disbursement may be subject to the writ of garnishment; (e) where a continuing garnishment is appropriate, the trustee, if it wishes to make payments to the debtor-beneficiary in excess of alimony then due, should seek court approval before it makes such payments. The court may then authorize such payments if sufficient assets remain in the trust or if other provisions are made to secure the payment of alimony to the person who should receive it; and (f) an order awarding attorney’s fees or a judgment for such fees which result from the divorce or enforcement proceedings is collectible in the same manner as alimony. Such awards represent an integral part of the dissolution process and are subject to the same equitable consideration because “if the ex-spouse must pay attorney’s fees out of the support awards, it only reduces the amount of support available to the needy party.”

In Berlinger v. Casselberry, 133 So. 3d 961 (Fla. 2nd DCA 2013), the parties were divorced after thirty years of marriage. Pursuant to a marital settlement agreement, the former husband (“H”) agreed to pay the former wife (“W”) $16,000 a month in permanent alimony.  H and his new wife enjoyed a substantial lifestyle sustained through payments made to H from multiple discretionary spendthrift trusts. H was provided a Visa card from the co-trustee of the discretionary trusts to use for paying expenses not directly paid by the trusts, including expenses for travel, entertainment, clothing, medical expenses, grooming, gifts, and the new wife’s credit card bills. H stopped paying alimony and W filed a motion for writ of garnishment against the trustee of the trusts seeking to attach the present and future distributions made to or for the benefit of H from the trusts. W alleged that traditional methods of enforcing alimony were insufficient. H asserted that the trusts could not be garnished for the collection of alimony because they contained a spendthrift provision. The trial court entered orders granting W’s motion for continuing writs of garnishment against the trusts which provided, in part, that all distributions made directly or indirectly to, on behalf of, or for the benefit of H by the trustees of all of the trusts would be made payable to W unless, at the time of any future distributions, there was no alimony or alimony arrears owed. The appellate court affirmed. The court held that: (a) in accordance with Bacardi, the order granting W’s motion for continuing writs of garnishment against the discretionary spendthrift trusts was proper; (b) §§736.0503 and 736.0504 codify the Florida Supreme Court’s holding in Bacardi and that neither section protects a discretionary trust from garnishment by a former spouse with a valid order of support; and (c) Florida’s strong public policy favoring enforcement of alimony and support orders overcomes Florida’s public policy favoring spendthrift provisions in trusts and protecting a beneficiary’s trust income.

In Alexander v. Harris, 2019 Fla. App. LEXIS 7659 (Fla. 2nd DCA 5/17/19), the former husband (“H”) is the sole beneficiary of a special needs trust with funds from the settlement of a product liability action brought on H’s behalf after he was catastrophically injured in a car accident as a minor. The special needs trust is a spendthrift trust that provides him with supplemental income while maintaining his eligibility for public assistance. H does not exercise any control over the trust, does not have the ability to compel the trustee to disburse any trust funds, and does not personally receive any disbursements from the trust because they are made directly to third parties for the sole benefit of H. The income from the trust exceeds H’s monthly average expenses.  The former wife (“W”) sought enforcement of an order awarding her child support for the parties’ minor child and a continuing writ of garnishment directed to disbursements to H from the special needs trust. In response, H argued that using the trust’s funds to satisfy his support obligations would jeopardize his eligibility for public assistance under federal law. The appellate court rejected H’s argument and held that the special needs trust does not protect H from his legal obligation to support his child and that a continuing writ of garnishment was appropriate, citing Bacardi.